Nat Jay took her first steps in her parents’ music school and continues to land on her feet in the world of music today. Her songs have been placed on networks around the world, including ABC, MTV, The CW, Nickelodeon, Freeform, Hallmark, CBC, Syfy, Showcase, and Lifetime. Her debut full-length, All I Think When I Wake Up, was nominated for Pop Album of the Year at the 2015 Western Canadian Music Awards, named in the Top 10 Pop Albums of 2014 on PopDose, and awarded $10,000 for the lead single, “Can’t Getcha Out,” which was named Best of BC by Shore 104. She then released a follow-up EP, Quiet Dreams, and was awarded second place in LG 104.3FM’s VanCOVER contest for her cover of Sting’s “Every Breath You Take.”

n December 2016, she collaborated with electronic production duo, Cookie Cartel, to release the highly acclaimed EP, Stoke the Fire, which Exclaim! described as “what it might sound like if the Postal Service were to make a Christmas EP,” and CBC Music added to its coveted holiday playlist. Nat Jay has earned a nomination for SOCAN Songwriter of the Year at the BCCMAs, been a featured songwriter at the Vancouver Folk Festival, and a guest on CBC Radio 2’s Canada Live. The songstress is currently in the studio recording her next full-length album with multi-award-winning European producer, Ovi Bistriceanu.

After studying music at the University of British Columbia, Nat Jay released her debut EP, Lights Across the Sky, to a sold out room. Since then, she has been compared with powerful performers like Joni Mitchell, Patsy Cline, Alanis Morissette, and the Dixie Chicks. She has shared the stage with such esteemed songwriters as Canada’s own Juno award winner Dan Mangan, Matthew Barber, Oh Susanna, and Justin Rutledge, as well as NYC’s Jay Brannan and Australia’s Angus & Julia Stone.

Besides the success she’s had with her own music, in 2014 Nat Jay scored a co-writing credit with the legendary Stephen Bishop for the song “Loveless” from his album Be Here Then. An advocate of her industry, she sat on the Board of Directors of the Music BC Industry Association for four years and was a committee member for six. She is also a private consultant through one-on-one and group mentoring, facilitating seminars on sync licensing, grant writing, and album release for her peers. Nat Jay has been asked to speak on panels for Canadian Music Week, BreakOut West, SOCAN, and Music BC, and is a guest lecturer at Nimbus School of Recording & Media, the Pacific Audio Visual Institute, and Langara College.

Complimented by a strong business head on her shoulders, Nat Jay’s compelling and highly accomplished vocal delivery will certainly turn heads in a noisy club, but it is her emotive songwriting ability that will steal the hearts of each and every audience member. What does she have to say? Check below:

Chris Martin from Coldplay because he has a really great way of combining popular styles with more meaningful lyrics that really move people. He combines those poppy elements with really emotional, personal topics that people can relate to. And it comes through in his live performances, as he’s a very engaging performer. Also Ryan Tedder, the lead singer of One Republic. He writes amazing stuff for himself and others. He has his finger on the pulse of today’s music and always sounds unique, but still makes great songs for radio. He’s a modern day songwriting genius.

Do you ever compose for film/tv/video games?

I haven’t specifically written for TV or film, but I have had a lot of success with songs I’ve created being placed in films and TV shows over the last 10 years. It’s one of the most amazing feelings and it never gets old. It’s cool that something you’ve created in your apartment and made into a piece of art can fit into someone else’s piece of art and compliment it so well. The success I’ve had in licensing has been very important to me as an artist as it’s been one of the main reasons I’ve been able to make a career in music. And because of that success, I’ve been able to develop a seminar where I teach other artists how to license their music to film and TV. So it’s been great for me on a creative level and in bringing in an income as an artist, but also has allowed me to engage with my community and become recognized within the music industry.

If the music community could do one thing better what would it be/What do see in the future of Song writing and music creators like yourself?

The music community could better at accepting less traditional careers paths. There’s always been a traditional trajectory of getting signed and having a marketing plan involving traditional publicity and radio. But these days, with the internet and technologies like streaming, there are so many different opportunities for artists to gain recognition. I think the music industry should embrace different kinds of artists and who have different career paths instead of trying to fit a square peg into a tired round hole.

Leading into the future – I see that more for new artists. I see some artists excelling at live performance, some getting tons of sync placements, others doing really well with playlisting on YouTube and Spotify, and they’re all building a brand and generating an income in different ways.  I’ve been fortunate enough that I love performing live and I’ve been successful at it, but I’ve also been successful getting sync placements while staying home and building an international fan base through that. There’s room in the future for songwriters and music creators to find a niche that works for them, generate an income, and build a career in music in a way that is unique and fitting to what they do. The Reason Why More Musicians Are Releasing Their Own Music 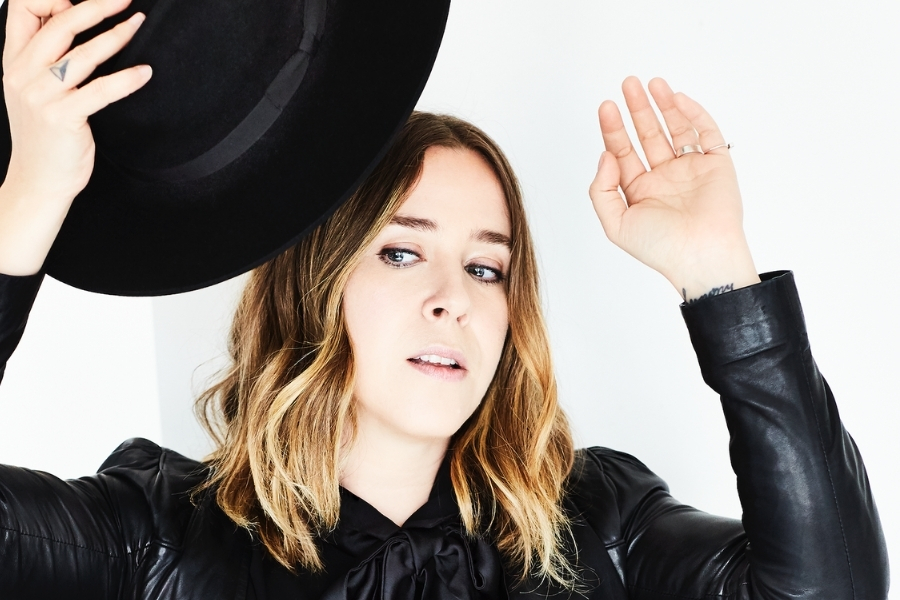